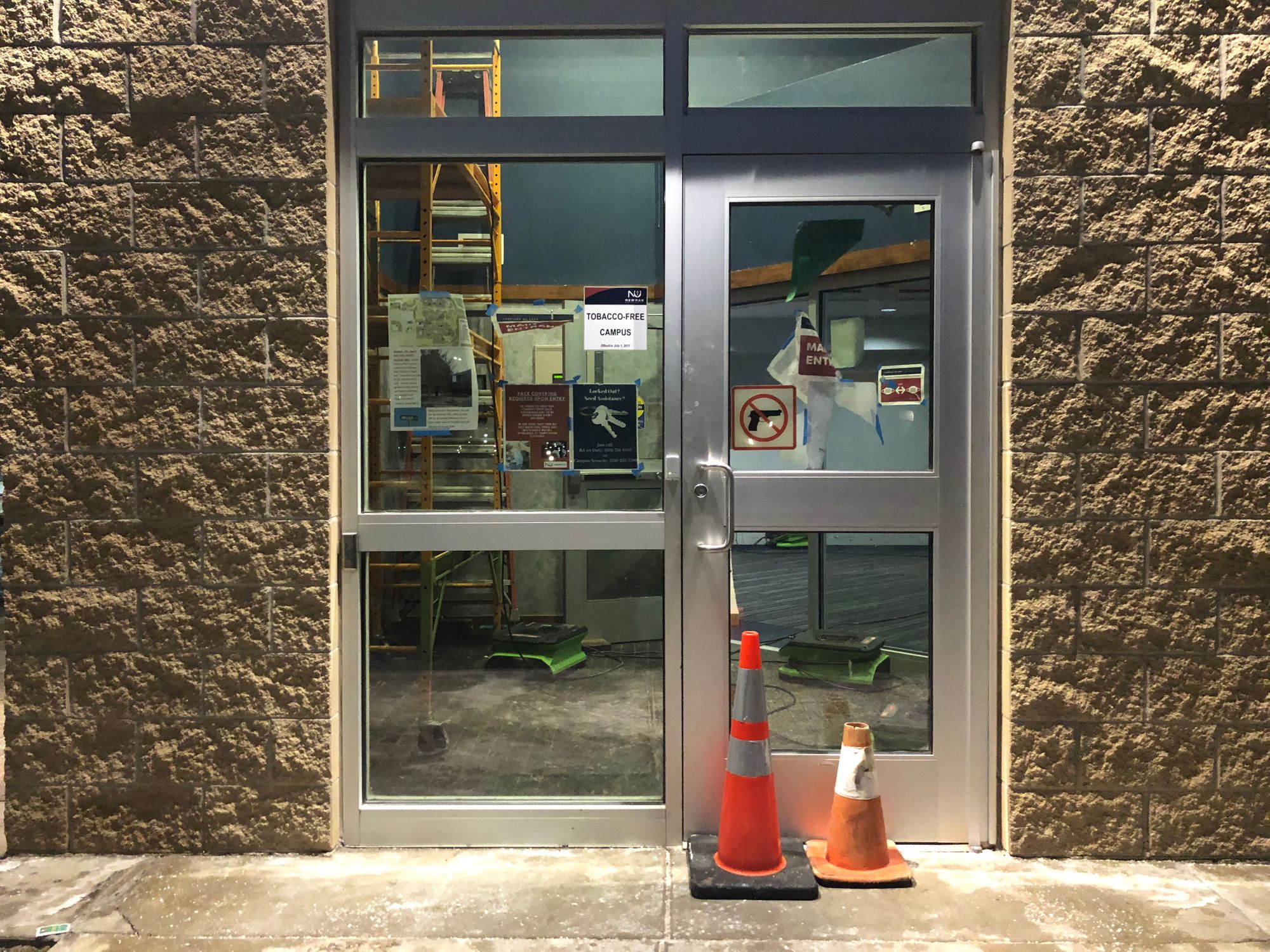 The extreme cold caused an extreme mess in Carrocci Hall and Fugate over the past week.

As the Carrocci lobby filled with water after the pipe burst last week, the fire alarm also started to go off, and when firefighters arrived on the scene, they shut off the water and the power to the elevators because the water was leaking into the voltage box.

Resident Assistant Breanna Zarchan was in the lobby when it happened.

“I was sitting at the desk for my duty hour and all of a sudden, a pipe fell from the ceiling, and then a whole bunch of water started coming in...So there was probably about two inches of standing water when it was first happening,” she said.

Carrocci residents were informed by their individual floor RAs that they were not allowed to use the front entrance to Carrocci and they would be fined if they did.

The fire alarms for the first floor were turned off on Thursday night, so Zarchan, Interim Director of Residence Life Turner Middendorf and Fugate RA Jon Coufal took turns doing hourly checks of the first floor.

Fans are now positioned around the first floor lobby to dry the area.

“There was a fair amount of damage in the first floor lobby, but nothing that couldn’t be restored!” Middendorf said in an email.

The heat was turned up to prevent more pipe bursts, but the cold temperature outside mixed with the heat inside and caused the doors leading inside the building to become coated with ice.

The lobby and elevators are still closed, but the laundry room is open. Middendorf hopes they will be able to reopen the lobby late next week.

While Carrocci was recovering from its disaster, Fugate had its own.

“We are still assessing the damage. A couple rooms did get water in them, but to my understanding, nobody’s personal belongings were damaged in any way,” Middendorf said in an email.

The water was shut off in Carrocci on Wednesday from 7:30 a.m. to noon so the fire sprinklers could be replaced after the pipe burst.

When the pipe first burst in Carrocci, it was an intense moment.

“Initially when it happened, it scared me, you know, something falling from the ceiling and then a ton of water,” Zarchan said. “But I called Turner as soon as it happened, and I feel like we handled it really well. It was overwhelming. There was a lot of stuff, but it went okay.”

First floor resident Trevor Fenner said the mess didn’t cause him too many problems.

“The only way it has affected me is the lobby being closed,” he said in a text. “We used the lobby quite a bit playing Ping-Pong and just hanging out.”