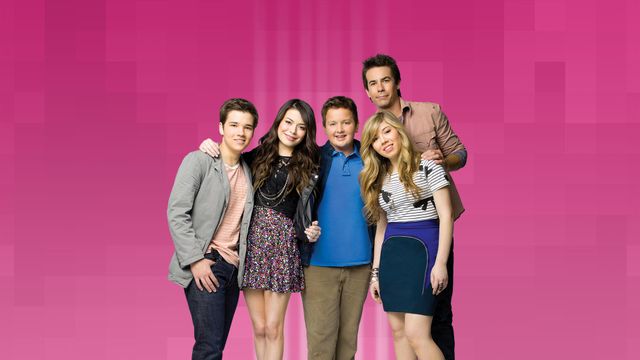 Leave it all to 'iCarly' to bring back the nostalgia

What do a failing artist, a boy who is constantly shirtless and three kids with a passion for making web videos have in common? If you said that they all starred in the popular kids show “iCarly,” then you would be right.

Thanks to Netflix, this show has been on somewhat of a rise to fame again with college students who grew up watching it. While it was only on air from 2007-2012, it was enough time to make a lasting impression on a generation of kids.

“iCarly” was the show for kids with a weird sense of humor. I was one of those kids. The zany antics of Carly, Sam and Freddy always provided plenty of laughs for anyone in front of the screen.

Due to the comeback, people are going back and binge watching all the episodes to reminisce about childhood. They also are now getting some of the jokes that they didn't understand as kids, making the show that much funnier.

This time around, I’m noticing how funny Jerry Trainor's character Spencer really is. With Carly and her friends being the main stars of the show, we didn’t appreciate how funny his jokes really were.

While he was hilarious, we also see how much of a caring brother he was to Carly. Due to the constant humor, it’s really easy for that emotion of care to be covered up during the show.

Another side character that is sort of a cult legend is the infamous Gibby. While he’s known for his shirtless shenanigans, after rewatching the show, I recognized the funny relationship that Spencer and Gibby have. If I really had to pick the strongest comedic duo on the show, I wouldn’t give it to Sam and Carly but to Spencer and Gibby.

At face value, this is just another kid show with weird jokes to entertain a younger audience. But for a generation that grew up with iCarly, it offers a window into a time that we wish we could go back to: a time where we didn’t have to worry about college, bills, and all the stress that comes with adult life. This taste of nostalgia is really what’s pushing this show back into the limelight.

It allows us to look back at a simpler time, where the only thing we had to worry about was if we were out of Capri Suns and Cheese Puffs.