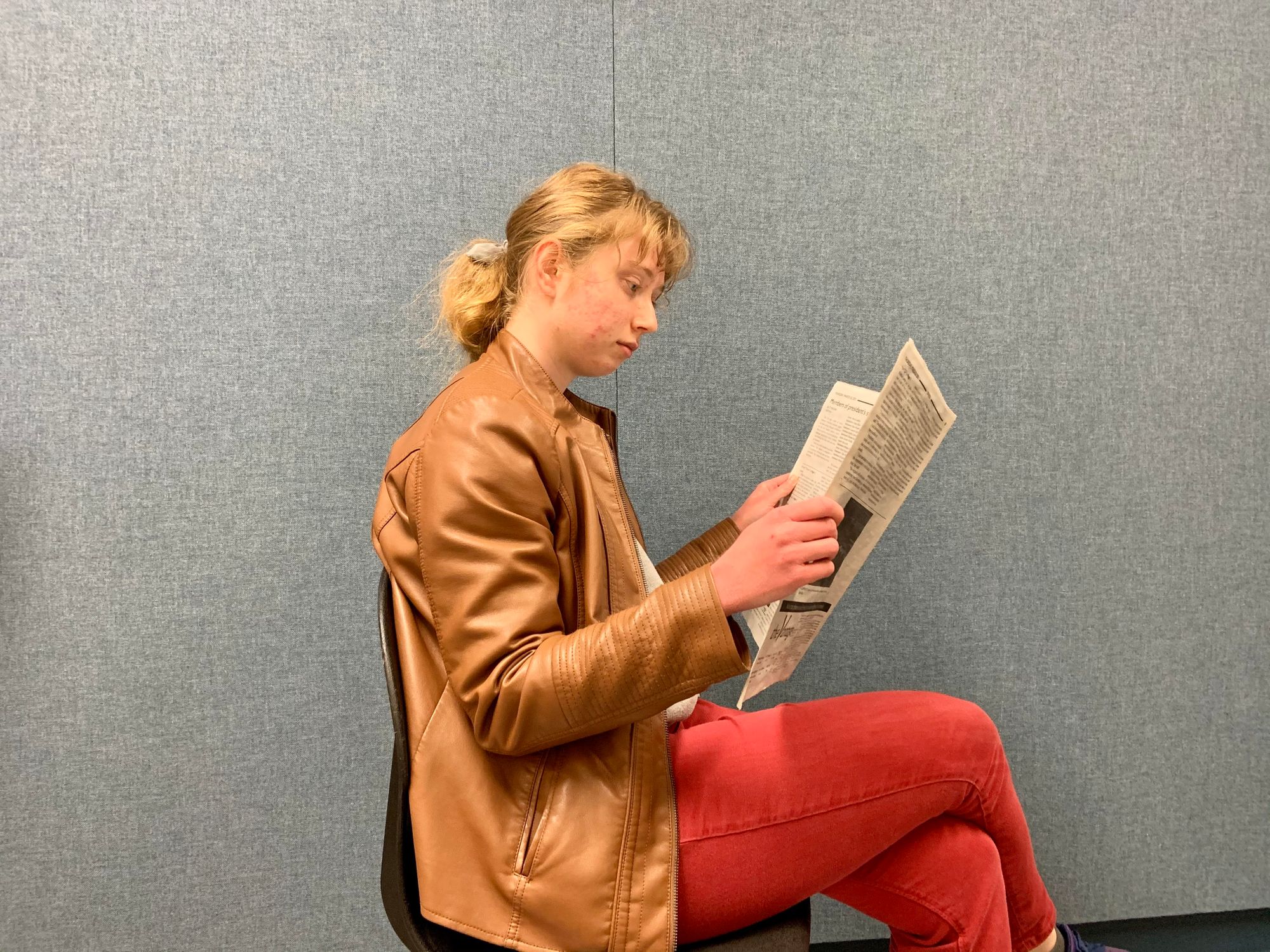 Journalism is not dead; most news is not fake

As a senior, I have definitely started looking back on my college experience, especially my experience as a journalist. And one of the weirdest things about being a college journalist is living through the whole “fake news” fiasco.

There were a lot of accusations made about journalists and others reporting false information about certain people and subjects. This mainly involved TV journalists at stations such as MSNBC and FOX, who are more apt to share their personal opinions or political opinions mixed with the facts that they are reporting. This can lead to sticky situations where people think that none of what the reporter says is true because they disagree with the opinion part that is mixed in.

Sometimes, the opinion part can get a little carried away, and that also causes issues.

There is a lot you can say on MSNBC or FOX that you can’t write in a news story. For example, if I have an opinion about something, it appears here in the opinion section instead of me throwing in my two cents about a topic that I would write about in the news section.

The whole fake news thing also bothers me because, in my journalism classes, we are always taught to be truthful in our stories. We also get taught that if we aren’t truthful, we could be sued for it. Why on earth would a journalist put themselves in that position?

Yes, there are some journalists who do get convicted of libel, purposefully not being truthful in a story and damaging someone’s reputation by it, but that isn’t the norm. The people who do that also get fired because they have proven that they aren’t truthful enough to handle being a reporter.

Hearing about people being accused of spreading fake news always made me feel weird as a student journalist, especially since the media started to be pegged as an evil entity. This idea spread too, to the point where even some of my friends were making comments about “the media” while I was in the room. I know they weren’t calling me out as spreading fake news, but I do count as a member of the media.

We do try to be a credible source of the news.

I don’t think The Vantage has ever been accused of printing “fake news,” but when Newman decided to

lengthen Spring Break 2020 to two weeks, we were given the information before it was announced so we could write an article about it. The only problem was that the Vantage was published before the email announcing it went out.

Rumors were spreading about the two weeks of spring break, but some people didn’t believe them. When I said it was true and that there was a Vantage article about it, I was asked, “Is this true?” When I said it was, I was then asked “Who is your source?” The person who gave us the information and whom we cited in the article was the director of university relations, a credible source who knew what was happening.

After an email was sent out to all students about the extension of Spring Break, everyone believed it, but it hurt that they didn’t believe it when we said it. If that hurt, then I can’t even imagine the hurt that other journalists must feel if they are regularly accused of being fake. Maybe they aren’t bothered by it anymore because they hear it so much, but that doesn’t make the situation any better.

I don’t want people to start blindly believing everything put forth by a newspaper because there are situations occasionally where even when people have the best intentions about reporting a story, they still get some facts wrong (which should then be remedied in an edited online story and in a corrections box printed in the newspaper once the error is brought to their attention). But please don’t look at the media like we are evil.

We try our hardest to keep you all informed about what’s happening in the world, and if someone is intentionally writing lies, then they are a bad journalist because that’s not how we roll.

Man, I just write stories about fun movies you should watch in quarantine. I’m not evil.