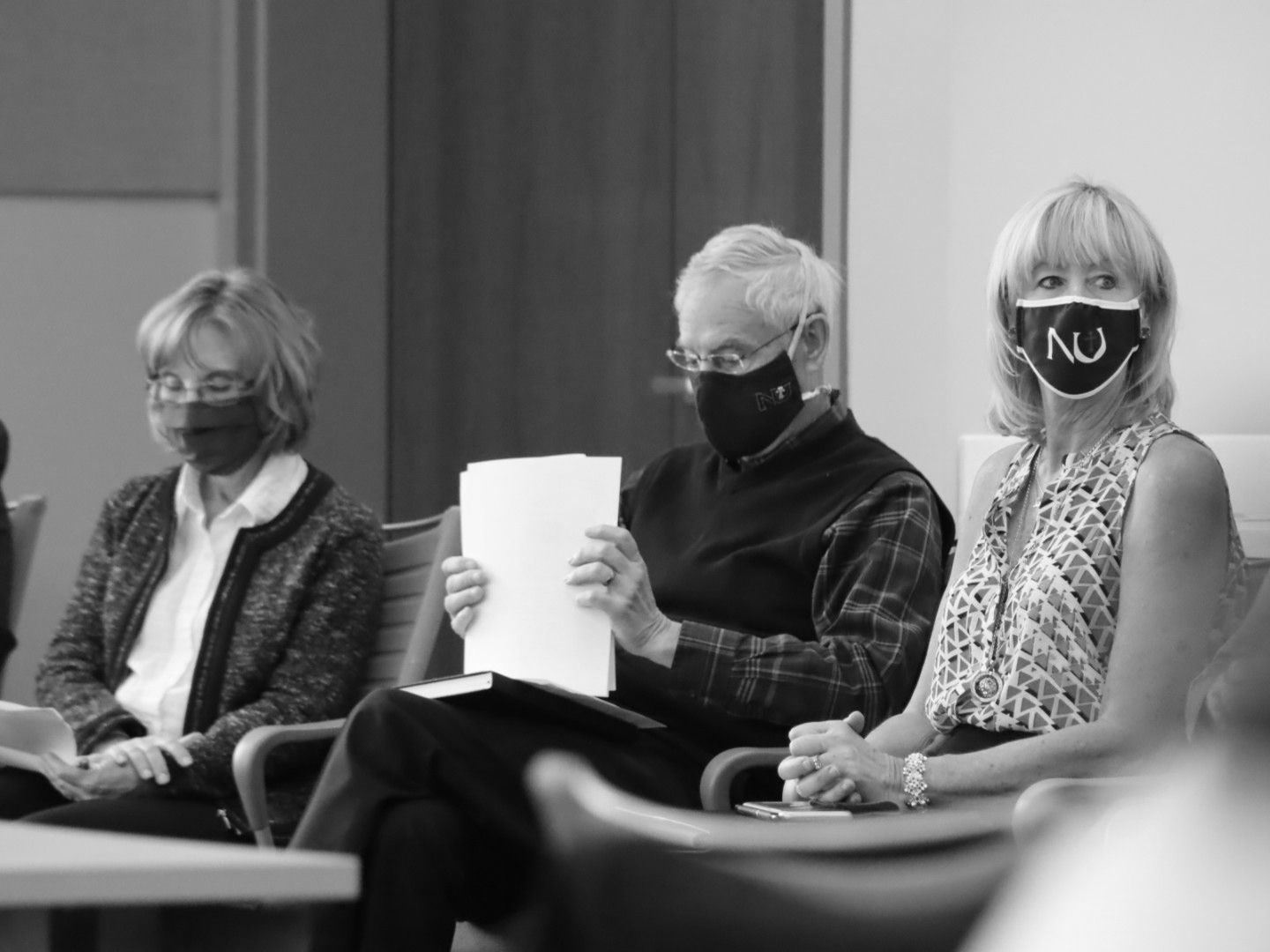 Newman President Kathleen Jagger led her second Town Hall on Wednesday. She and her cabinet members updated those gathered on a variety of topics, including how Newman is doing financially, whether it will need to cut any majors and what steps need to be taken to increase diversity.

The meeting happened at noon. Town Halls, which happen twice a year, allow students to engage with administrators.

Among the topics the cabinet touched on during Wednesday’s meeting:

Tony Beatta, vice president for finance, said that the Board of Trustees is hoping to keep tuition prices for 2021-2022 the same as this year’s and is weighing different options.

“One option is to try to become more of a need-based scholarshipping structure,” Beatta said.  “We could have a marginal increase in gross tuition prices but make sure we find a pool for the neediest students.”

Beatta said Newman has benefited from federal funding including the Higher Education Emergency Relief Fund, which reimbursed Newman for revenue lost due to COVID-19 and provided funds for certain initiatives.

“Many students have received direct distributions as part of that initiative; there’s another big wave coming here sometime in April or May,” he said.

Beatta said that Newman will remain financially stable through the end of COVID-19 despite almost $1 million in lost revenue and decreased enrollment from traditional students.

The university is not planning on eliminating any current programs or majors, Jagger said. In fact, Newman has been approved to add eight new undergraduate programs and two new doctoral programs: Business Administration and Nursing Anesthesia.

“We can’t cut our way to prosperity,” Jagger said. “We operate on very thin margins both in terms of people and resources, and we are trying to get to the point where we can make investments in areas that are really important.”

One major, Strategic Intelligence, was cut due to lack of interest in the past year.

“A higher percentage of Hispanics are Catholic, so there’s an affinity toward Newman,” Carney said. “[We’d be] working with students who are here in terms of helping them be successful. We see that as a pilot study for every other ethnic group that we have.”

Jagger said one of her goals when coming to Newman was reflecting student diversity through hiring decisions. However, she said, there are limiting factors in hiring more diverse faculty and staff, such as Newman’s limited number of open positions.

Hiring practices and how the university advertises open positions have been changed to attract diverse candidates, Jagger said.

“It takes a little effort on our part rather than just putting [positions] on our website,” she said.

“We have to come across as a place where they want to be.”

The space that held the Grind last year and the bookstore last semester will be the new Student Success Center, Jagger said.

The center will become the first stop for peer tutoring, career services and Project Care.

Director of Athletics Joanna Pryor said that Newman will remain in the MIAA even though COVID-19 has taken away the two “trial” spring seasons. Overall, she thinks the conference is still a great fit for Newman because of the reduced travel distance and costs compared to the Heartland Conference.

Pryor said there’d be no major changes for athletics funding in the next year.

“We did make adjustments for this year due to shortfalls because of COVID and things like that, which actually just adjusts us to what is probably a more normal way of operating,” she said.

The athletics program, Pryor said, was able to eliminate COVID-19 testing costs required by the MIAA thanks to a $190,000 grant.

Jagger said that once a vice president for institutional advancement is hired, Newman will start planning a capital campaign to make upgrades and repairs to campus buildings, including the athletic facilities.

Jagger said she encourages students to stop by her office or reach out to anyone on the cabinet if they have ideas or want to help Newman improve, especially over the summer.

“You don’t always know what’s best to reach out to the diversity of students that we have here,” she said. “We would love to hear from you what we could do to make your experience better.”