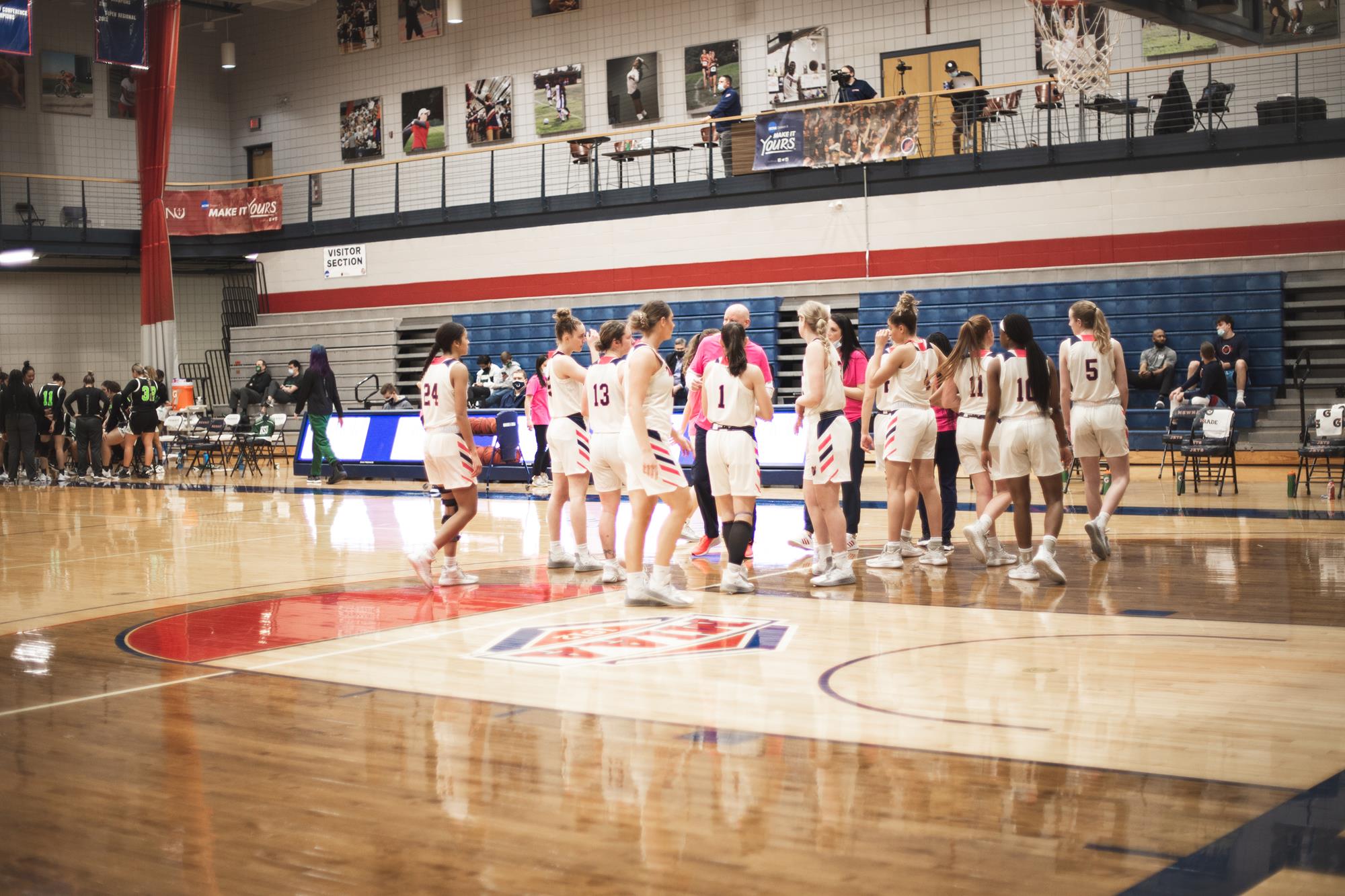 “They’ve worked really hard and are trying to pick up on some of the differences of how we are going to play,” he said. “With a new coach and 10 new players, it’s all just brand new, so we are really starting from scratch and working our way up.”

“I hope to be a consistent contributor on the court, whether it be through scoring or just lifting up my teammates,” Mason-Vestal said. “Going into the season with so many new faces is very exciting because there is so much potential that each player has, and you can really feel a renewed energy coming from the entire program.”

Six of the new recruits are freshmen and four of them are upperclassmen. The new faces include a couple of players signed by former coach Darin Spence, who resigned in March.

“Part of a new coach is that everybody kind of walks in with a blank slate, and we’re still in the process of everybody just kind of trying to earn their spot and reposition themselves on the roster,” Johnson said. “We’ve got a roster of 16 players that we feel like can all do something on the floor and be a part of the team.”

Johnson said that he thinks the team members will be fun to watch because of their ability to play fast-paced, physical basketball while playing for each other.

“We want to make sure that we play unbelievably hard all the time, and we want to be very connected,” Johnson said. “If we can do those two things, then I think you’ll see growth over the course of the season from practice to practice and then from game to game.”

Jets women’s basketball will kick off its season on Nov. 13 vs. Wayne State College in Fugate Gymnasium.

Open Mic offers space to share all forms of art

The Ty-Rade: Here’s my guide to ghosting