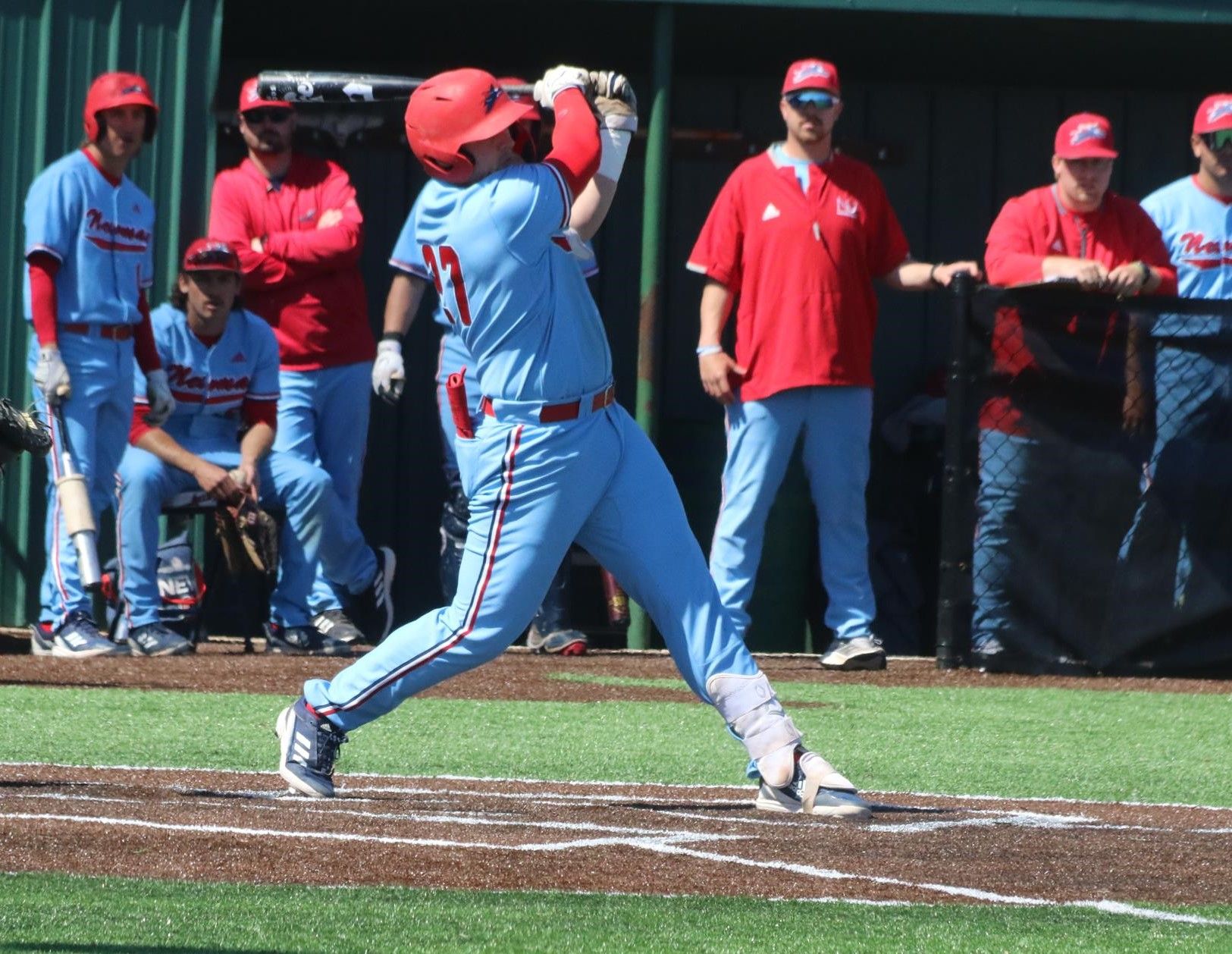 Head Coach Drew Maus said that although his team has been hitting the ball well, he thinks they could go even higher.

“I don’t think this team has come close to tapping into their potential as a team,” Maus said. “When that happens, I am excited to see what we can do.”

The current home run leader is redshirt sophomore Jenner Steele. The Hutchinson Community College transfer is sitting at seven home runs on the season with a .360 batting average.

Maus said that Steele is a great asset to have in his lineup to provide a power boost in the middle of the lineup.

“Jenner’s been great for us all year,” Maus said. “He has the ability to leave the yard at any time, but he also has a high average, which shows his ability to hit. Being a big guy, he’s intimidating when he’s in the box, and when he’s patient and will take what the pitchers give him, he’s very dangerous.”

Steele said that he understands his identity and what he needs to do to help the team win games.

“It feels good to be hitting the ball hard,” Steele said. “That’s all you can ask for in baseball. I’m just happy I can be helping the team in a way that I know how to. Coach recruited me to hit the ball hard so that’s what I try to do.”

Steele isn’t the only power hitter on the Jets either. Redshirt junior Hayden Vandepol and Redshirt freshman Carson Hawks are tight on Steele’s heels for the home-run lead, each with six on the year.

“Hayden is just our steady offensive player,” Maus said. “I know exactly what we will get out of him daily. Carson tends to be a little more streaky, but when he’s good, he’s really good. I hope they continue with their good seasons for the final four weeks.”

Steele jokingly said that while he is glad that Hawks is providing power to the team, he is not keen to the idea of the fellow first basemen taking the top spot in the home-run race.

“I hope he continues to hit the ball out of the yard, but I’m not going to let him take the leading spot without a fight,” Steele said.

Maus said that he is proud of his team’s improved play this year but that he has bigger goals than just regular season success.

“We are obviously better this year than we were last year,” he said. “We’ve had some ups and downs, especially in conference, but that happens when you play in one of the toughest conferences in the country. We are capable of making the conference tournament but we need to play better as a whole over the final four weeks in order to do that.”

The Ty-Rade: My suggestions to ensure peace on campus