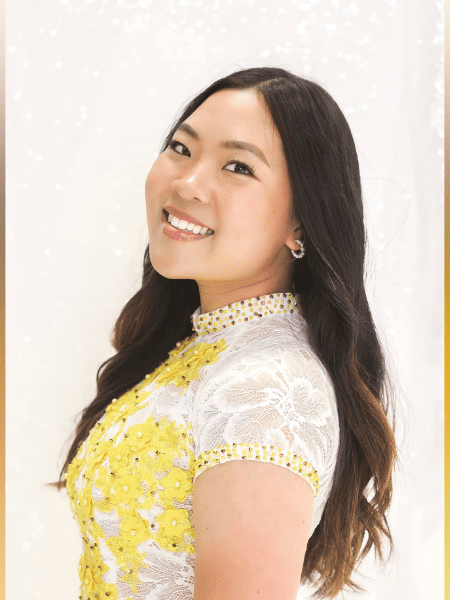 Newman University’s student population has royalty in its midst.

Over the summer, Senior Michelle Tong, a nursing student, was crowned Miss Vietnam at the 10th annual Miss Vietnam Wichita pageant, which took place in the CAC Theater at Wichita State University.

On campus, Tong serves as a residence assistant, is president of the Multicultural Leadership Organization and is a student worker for admissions, where she was named Student Employee of the Year in the spring.

Tong decided she wanted to enter the pageant after seeing several friends compete in the past, she said, and she thought it would be a fun and new experience.

When she was on stage, she said, she was both honored and stunned.

“To be honest, I was absolutely starving, so that was all I could think about. In the moment, though, I was like ‘Oh my goodness.’ I honestly did not expect to win since it was something that I just did for fun and for the experience, so I was very shocked,” Tong said.

Along with winning the crown, Tong said what she enjoyed most about the experience was being able to meet new people.

“My favorite part was definitely getting to know the girls in the pageant, like 1,000 percent. I think that the experience wouldn't have been the same if it were a different group of girls that I had done it with,” Tong said.

The toughest part of the pageant, Tong said, was coming out of her shell. Though she had a great experience with the pageant, she struggled with really putting herself out there, especially on social media. But she now recommends that others try new things even if they are outside their comfort zones.

“If you want to do something scary, you should do it. Because why not? The worst thing that'll happen is that it isn't what you expected it to be,” Tong said.

Next, Tong will compete in the Miss Wichita Asian Festival pageant against eight other women representing other Asian countries.