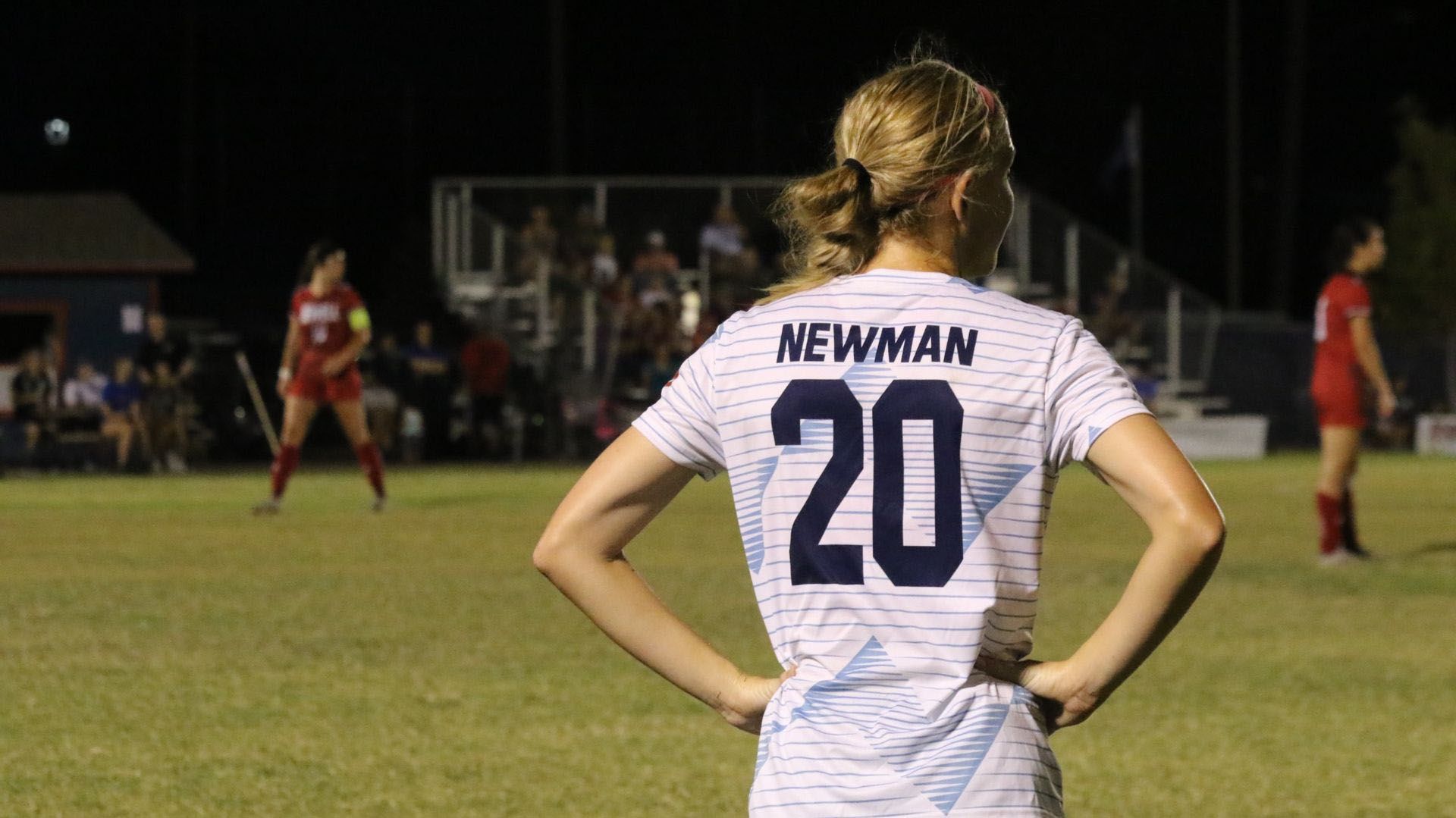 Newman volleyball and women’s soccer have both seen a considerable increase in student attendance as their seasons have begun. But they won’t be the only teams with larger student sections cheering them on this year.

While Newman has decent attendance at sporting events, the student section has not always been as full as it has been so far this year. Joanna Pryor, Newman’s athletic director, credits coaches and clubs for pushing students to get involved.

“Their message from their coaches is, ‘Go and create the atmosphere that you want at your games,’” Pryor said. “That’s a perfect message.”

Pryor said she also thinks that with COVID not being as much of an issue anymore, more students are excited to get involved with campus life. She said that the lack of restrictions will continue to encourage students to go out and enjoy things.

The increased attendance at the women’s games has come from other teams such as baseball and basketball, but other clubs on campus also are coming out to show support. One of those groups is the honors program, led by Dr. Kelly McFall.

McFall requires all students in the program to attend several events throughout the year to support the other members in their program who are involved in different groups on campus. The goal is to provide all members with a sense of family and to give them outside opportunities to get involved, he said.

“If you have a place to belong to, if you have a community of people who support you…you are going to be more successful,” he said.

One of the goals of the honors program is to make a difference in the community, and McFall said he sees this as an opportunity for students to do that. He wants students to not wait until graduation to get involved.

“We want to help people better understand that while you’re here, how can you make here a better place?” McFall said.

His goal is that each member of the honors program goes to see at least one event for every student in the program. McFall said that he sees the positive impact it has on students to know that their peers support them in what they do.

“The more often people come to things, the more momentum we will get, and it becomes self-sustaining,” McFall said.

Junior volleyball player Kaylie Kovach said that the turnout really helps drive the team to perform at its best. She said that the volleyball team enjoys having crazy and loud student sections at its home games to help push the players harder.

“It’s always better with a student section because we feed off that energy,” Kovach said. “It also helps to get in the other team’s head when we have a crazy amount of noise like that.”

To find more information about games and other events, keep an eye out for the “Jet Broadcast” in your Newman email every Monday morning.

Unpopular opinion? The food in Mabee is actually good