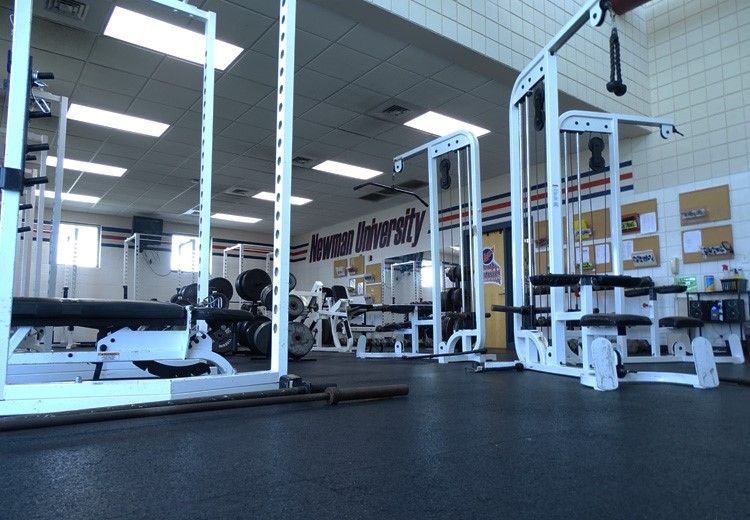 The weight room has a new face this year: Graham Sokol is Newman’s new head weights coach. He replaces Hayden Jones, who left Newman at the end of the spring semester to take the assistant strength and conditioning coach position at the University of Nebraska.

Sokol is familiar with the area, having attended Barton Community College at the beginning of his college athletic career. After driving by Newman on a trip to Kansas, he looked into open positions in the athletic department. Once he saw the head weights coach position open, he said, he decided it was a great opportunity.

“I saw the opportunity as a place to contribute to program goals and athletes’ success as well as grow as a coach,” Sokol said.

Leaders in the athletic department say they are also excited about what Sokol can provide for athletes at Newman. Joanna Pryor, athletic director, said there were many great applicants, but Sokol stood out.

“He knew the area, so he wasn’t totally foreign to Wichita and the surrounding areas,” Pryor said.

Pryor said that Sokol and new graduate assistant Kieran Clough will split responsibilities between the teams. Sokol will be working mainly with the baseball, basketball, cross country, volleyball, triathlon, golf and wrestling teams. Clough will work with the soccer, tennis, softball, chee and      dance teams.

Sokol said working with so many different athletes and sports can present a challenge but the key is to be flexible with them.

“It just comes to understanding the needs and demands of each sport,” Sokol said. “Training will vary based on what things have to be met for the athletes to be at their best.”

One student's plans to rest after Labor Day were foiled