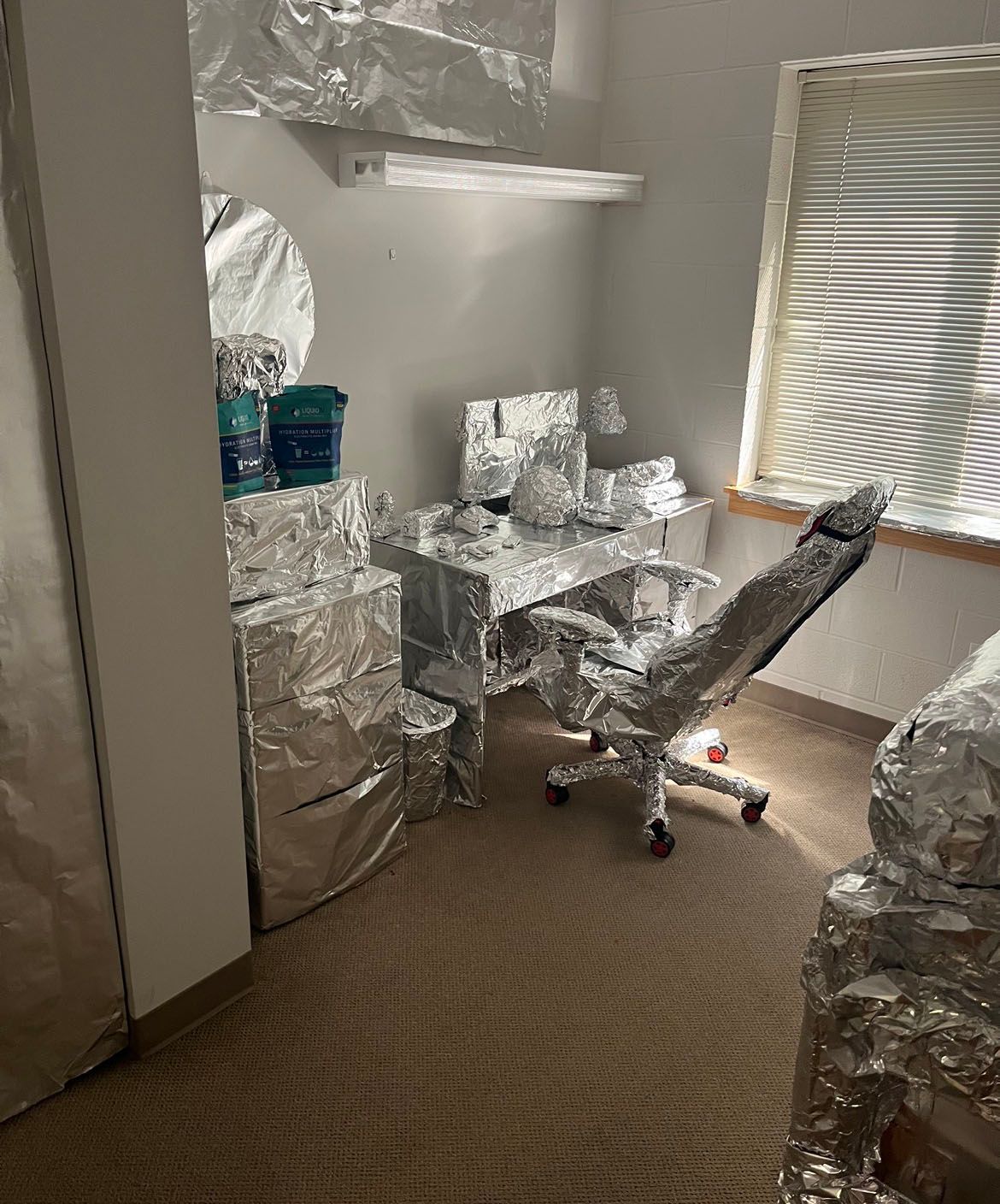 One student's plans to rest after Labor Day were foiled

One student’s plans to relax in his room after returning from Labor Day weekend were seriously foiled by his prank-loving roommates.

Colby Wilson, sophomore, was the first of his five roommates to leave for Labor Day weekend, and the others thought it would be fun to mess with him by covering his whole room in aluminum foil.

One of his roommates, Ryan Morrissey, senior, said he is responsible for the idea. He’d seen the prank successfully pulled off once before when he attended Hesston College.

Morrissey had help from some of the other roommates as well as another friend, sophomore Matthew Revels, sophomore Andrew Hudson and graduate Hayden Vandepol.

Morrissey said they didn’t really have a plan for how to execute the foiling so they just went with it,covering everything they could using the foil and tape. They covered his bed including pillows, blankets, and the whole mattress as well as his desk, chair, curtains and closet.

“Colby’s reaction was way better than we thought it was going to be. We anticipated him to be really frustrated because he doesn’t like people in his stuff, but he was more impressed than anything. We spent a lot of time laughing about it. He even called his parents to show them what had happened,” Morrissey said.

Both Morrissey and Wilson said they sometimes mess with each other as roommates but that this was the biggest prank yet. Wilson said it took him about 40 minutes to clean up all the foil.

“My jaw  just dropped trying to understand what I was looking at. I just started laughing. I thought it was hilarious, but I will get them back for sure,” Wilson said.

Pranking isn’t something Morrissey does often but he has had some experience in prank wars in the past and would like to warn WIlson.

“This is a reminder to Colby that he needs to watch out,” Morrissey said.