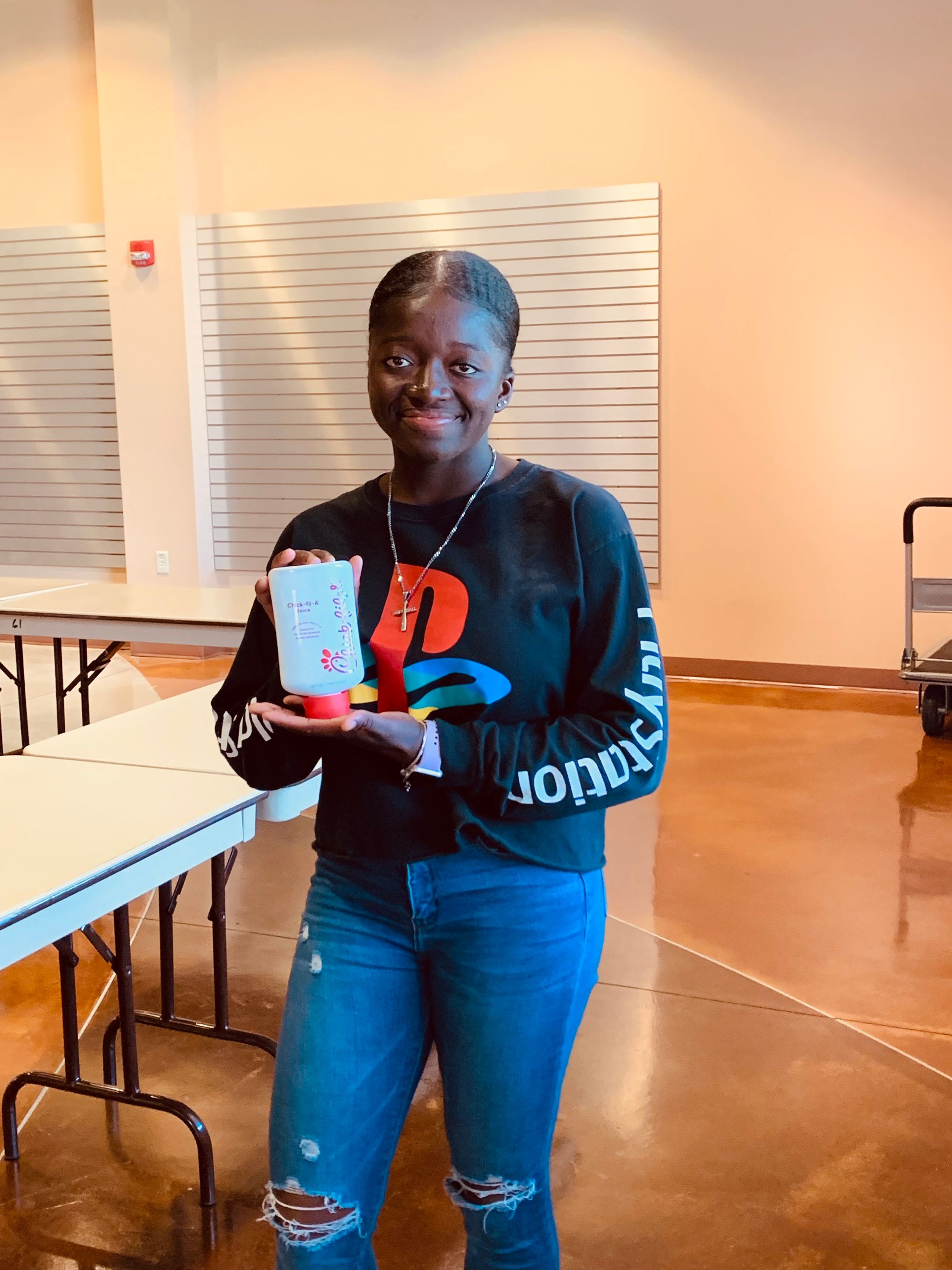 What is something that you absolutely can’t live without? Most people might say things like make-up, showering, or ice cream.

Chick-fil-A sauce, though, is probably not something you’d expect to be on someone’s must-have list.

Freshman Travia Smith is obsessed with Chick-fil-A sauce. Smith was born and raised in the Bahamas and found her love of Chick-fil-A sauce — which is sort of a mayo, mustard, barbecue sauce combo — when she moved to America for high school in 2019. She attended Life Prep Academy for three years and is now a softball player for the Newman Jets. After trying Chick-fil-A sauce once, she said, she thought it was amazing and wanted to see what other food items it would be good on..

“I was with my Scholar’s Bowl team, and my friends were like, ‘Let’s get Chick-fil-A.’I like to try new things, so I was like, ‘Let’s go!’” she said. “So we went and I asked what they usually get. They said six-count chicken nuggets with Chick-fil-a sauce.”

She was familiar with ketchup, Smith said, and knew that it was good on almost everything. But this sauce was something new.

“So I told the cashier to get me ketchup and one packet of Chick-fil-A sauce,” she said. “After I got my food, I first was skeptical to try it because what fast food restaurant would actually take the time to make their own sauce? That’s kind of sus. But I was like, ‘I am here for the ride.’ I didn’t even touch the ketchup.”

She quickly decided that Chick-fil-A sauce was the most perfect condiment ever created and was good on just about everything.

“Coming back from lockdown in the Bahamas in 2020 was when I started experimenting on everything: mac and cheese, lasagna, hamburgers, hotdogs, pizza, eggs, sausage, potatoes,” she said. “Literally if it isn’t sweet, Chick-fil-a sauce is going on it.”

Chick-fil-A sauce is not available in the Bahamas, Smith said, so now she makes sure to stalk up everytime she goes to Walmart. Smith even makes sure to get extra packets when she goes out to eat.

Not only does she always make sure to have some of her favorite sauce in stock, but she also carries it in her bag at all times.

“You never know when you’re going to need Chick-fil-A sauce,” she said.

Other people call Smith crazy for putting the sauce and every food item, but she doesn’t care.

“I know food,”she said. “Trust and believe it is good.”