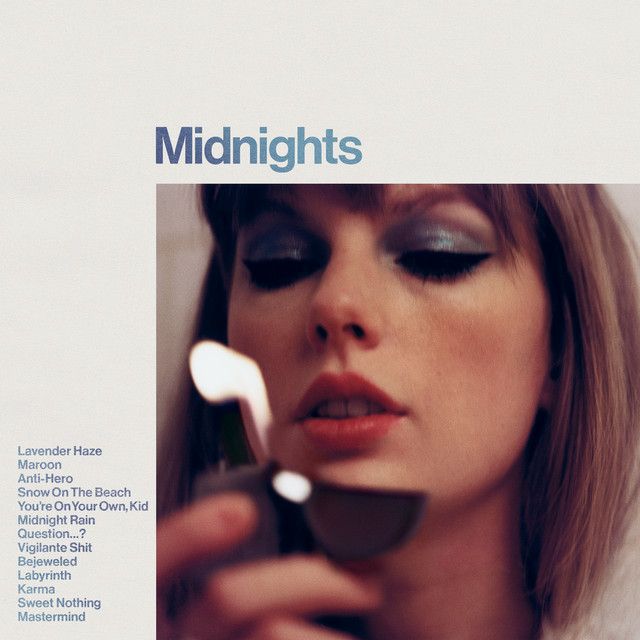 It’s been nearly a week since the release of Taylor Swift’s highly anticipated “Midnights” album. Swifties had our prayers answered, and we’ve been gifted with 20 new songs.

This is Swift’s first album with new music since 2020, so it was met with some high expectations. However, there have been some differing opinions about the new album, and it’s really ruining my lavender haze. I’m here to explain why they’re wrong.

The loudest criticism I’ve heard is that the sound or genre of this album is not to many people’s tastes. Apple Music lists it as soft rock, but I don’t think it’s that cut and dried. It’s a new sound for Swift and it’s a bold one, that’s for sure.

Too many fans who only started following Swift after her two hit albums in 2020 may have mismanaged their expectations. Those two albums, “folklore” and “evermore,” both fell into the indie/soul/R&B genre, and the priority was on the lyrics and not so much the music behind them. Swift prioritized both in “Midnights.” She is notorious for picking a new sound or genre for each of her albums, so it’s not her fault that some people didn’t realize this would not be a similar-sounding album.

Now that we’ve covered that, let me tell you why this album is another example of her genius.

First, the concept is that each song is about a night from different points in Swift’s life where she was kept awake by things happening. In an Instagram post, Swift said that “self-loathing, fantasizing about revenge, wondering what might’ve been, and falling in love” were the things that kept her up and inspired the album.

It’s a unique and beautiful concept that reflects how much Swift has grown over the years. She writes about things that any listener can relate to, and if they can’t, they love Swift so much that they still empathize with her stories.

Second, the sound of this album is not only entirely new to her but also to the music industry. It’s soft rock, alternative, smooth pop and everything in between. Swift produces and writes all of her music herself, so I love her stuff even more knowing that she makes all the choices for her albums. The sound for this album really took me by surprise, but I couldn’t imagine a more perfect vibe. It lends itself to her storytelling and takes the listener into each story.

Lastly, the lyrics on this album have been overlooked by many, as is often the case with Swift’s music. She is a lyrical genius who can write the most gut-wrenching bridges on one song and then go on to write the most upbeat lyrics on the next track.

For example, “You’re on Your Own, Kid” is one of the songs that hit me the hardest when I listened to it. The song is about thinking that being on your own when you’re young is so disheartening and scary. Then, the story flips and points out that when you’re older and have accomplished so much, it’s empowering to know that you did it all on your own. It’s an emotional rollercoaster, that’s for sure.

Her lyrical composition is far above any other artist’s. As has been pointed out over the years, she does not rely on pop culture references to make her music blow up. It’s why her music, no matter how old, is still streamed by millions. No other artist could have successfully re-recorded old albums and gone on to break records and win awards with them afterward.

Another important note is that Swift has created an incredible relationship with her fanbase that ensures her success and her continued popularity. She hides clues that aim to keep them involved in her work, and she rewards them for playing the game. Her talent gets her on people’s radars, but the community she has created is what makes them stay. Take notes business majors: This is marketing 101.

So if you are a part of the camp who loves Swift’s music but can’t seem to enjoy this album, try focusing on the lyrics before counting her out. And if you’re like me and you can’t stop listening to the whole thing on repeat, I commend your amazing taste.