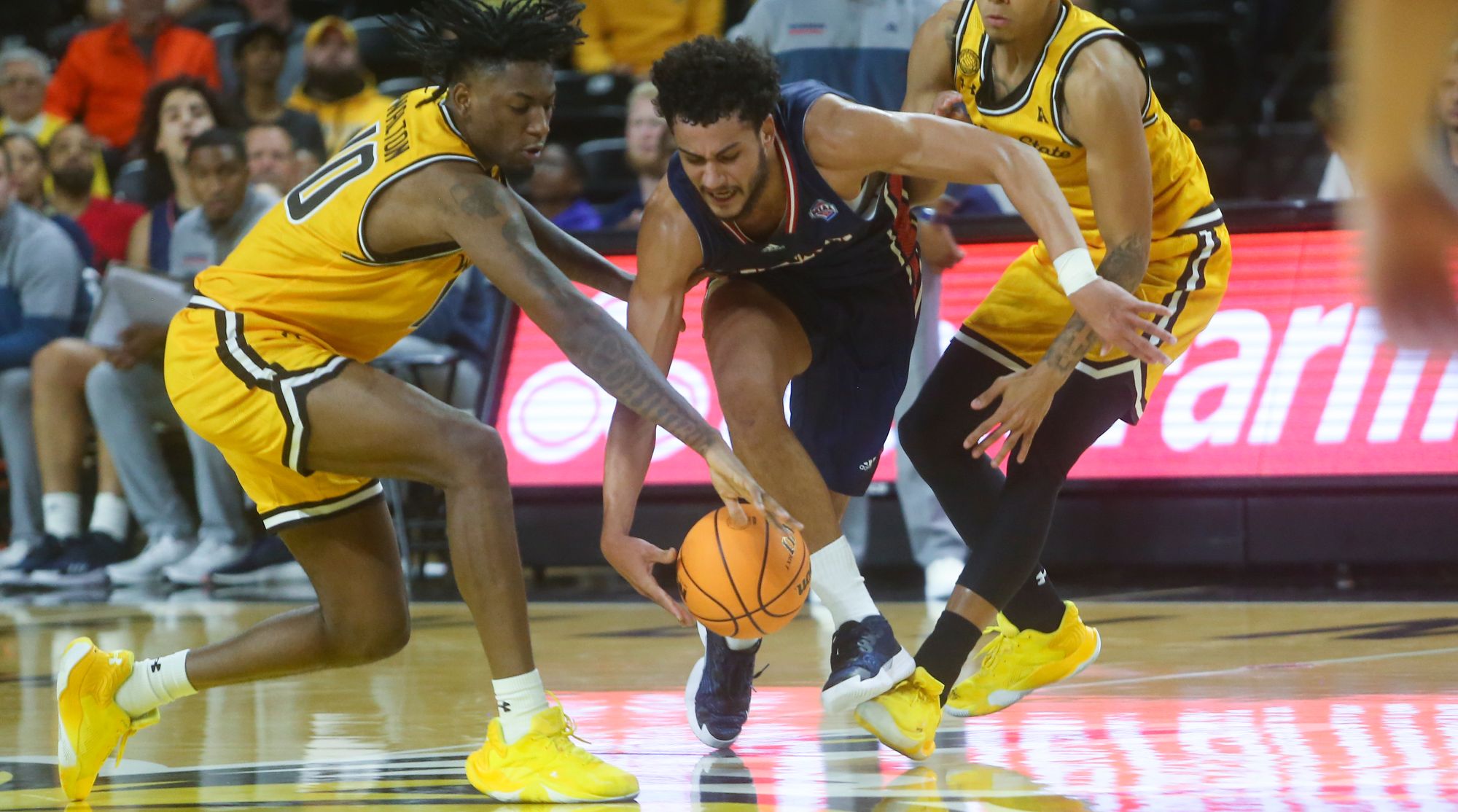 Men's, women's basketball hope to shock the MIAA this season

Fall sports are coming to an end at Newman, which means winter sports are about to begin. Two teams Newman will be watching are men’s and women’s basketball, both of which hope this coming season will show that all their hard work and dedication during the offseason didn't go to waste.

Both the men and women are starting their 2022-2023 seasons with matchups against Division 1 teams. The men played Wichita State University in an exhibition game on Wednesday at Koch Arena and lost 83-52.

The women will play Kansas State in Manhattan on Friday.

Sophomore Guard Stevie Strong said he has high hopes that this season will be better than last.

“I am looking forward to winning a lot this year with the new team we have,” he said.

The team has a lot of new faces this season, and members say they hope this will help.

“We have all the talent we need and depth at each position, so to be successful this year, we just need to connect on the court,” Strong said.

Assistant coach Kyle McLeroy says that the team will include a few Division 1 transfers.

“We have 14 new guys this year: five transfers that have played at the Division I level,” he said. “We are much bigger and more athletic than last year’s team.”

He also had good things to say about other players on the team.

“Latik Murphy was top five in scoring in one of the best JUCO regions in the country last year,” McLeroy said. “Stevie Smith is a very good all-around basketball player that comes from winning programs. Khaleem Bennett is a Sunrise Christian alum that is an extremely good athlete for this level. Ian Lee has provided great leadership this fall. Thomas Zevgaras and Isaac Aguiar, along with Kwaku Agyapong give us the size we need in the MIAA. Chuka Mekkam brings really good energy and a winning mentality. All of the freshmen have grown up this fall and could be called upon to contribute right away.”

The women's team has similar hopes for the new season.

“We’ve got a pretty new roster so our dynamic this year is much different than last year,” said sophomore guard Lauryn Dubbert. “We’ve been focusing on using each other's skills to their full potential and playing unselfishly. We also have been working on toughness and fighting through every obstacle we are thrown.”

Dubbert said that the team wants to forget about last year’s struggles and only look ahead.

Yes, there is a difference between cuddles and snuggles