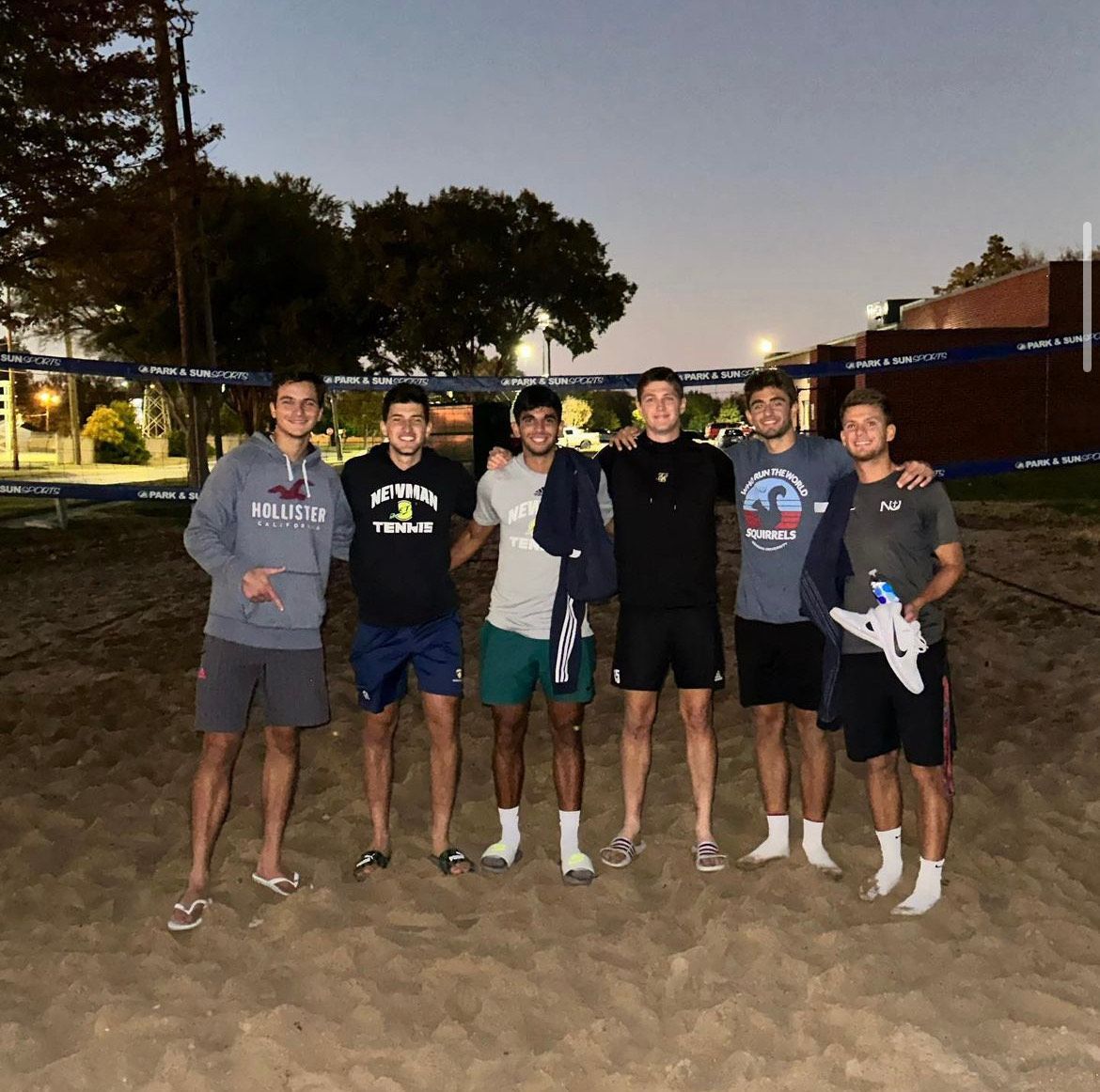 Newman Intramurals just started its second sport of the semester. Sign Ups for Ultimate Frisbee closed on Monday, and play started on Tuesday. It will continue this coming Tuesday Nov. 15 and Nov. 29. Teams that want to sign up late can contact SAAC at  saac@newmanu.edu.

The first intramural sport that was held this year was sand volleyball, which ended on Oct. 25. Four teams of Newman students competed and “The Sweet Tea Dragons” came out victorious.

“I enjoyed getting to participate in a sport I hadn’t tried before,” she said. “It was fun to learn the game with new people and create relationships in doing so. I would definitely do intramurals again. They give me a fun break from my typical routine and help me meet new people on campus in a different way than usual.”

Intramurals have happened at Newman in the past, but abruptly ended when the COVID-19 lockdown came into effect .

SGA president Ian Lecki, SAAC president Lauren Esfeld were two people who really pushed for intramurals to be back on campus.

“One of the goals my Executive Board and I had coming into this year was to increase the student involvement, both between athletes and non-athletes but also between the commuter students. After speaking with Dr. Jagger, Vice President Christine Schneikert Luebbe, and Joanna I found that maybe intramurals was the solution we hadn’t tried yet. So I reached out to SAAC president, Lauren Esfeld, and together we have successfully put on two sports, sand volleyball and Ultimate Frisbee. We have seen commuter students, international students, athletes, non-athletes, and the seminarians come out to compete with and against each other,” said Lecki. “Through intramurals commuter students now have a reason to stay on campus after the swchool hours and students are able to go and compete each week giving them a break from the busy lives we all live. Even Father Adam has come out to compete and the smile on his face while playing Ultimate frisbee is by far the biggest one out there. It just goes to show that intramurals aren’t only fun for the students!”

Sand Volleyball and Ultimate Fisbee are not the only sports that Intramurals organizers hope to offer.  Esfeld said she has plans already in motion for the second semester.

“Cornhole will be played in January and February since it is played inside,” she said. “We will then hold a pickleball tournament and kickball tournament later in the spring.”