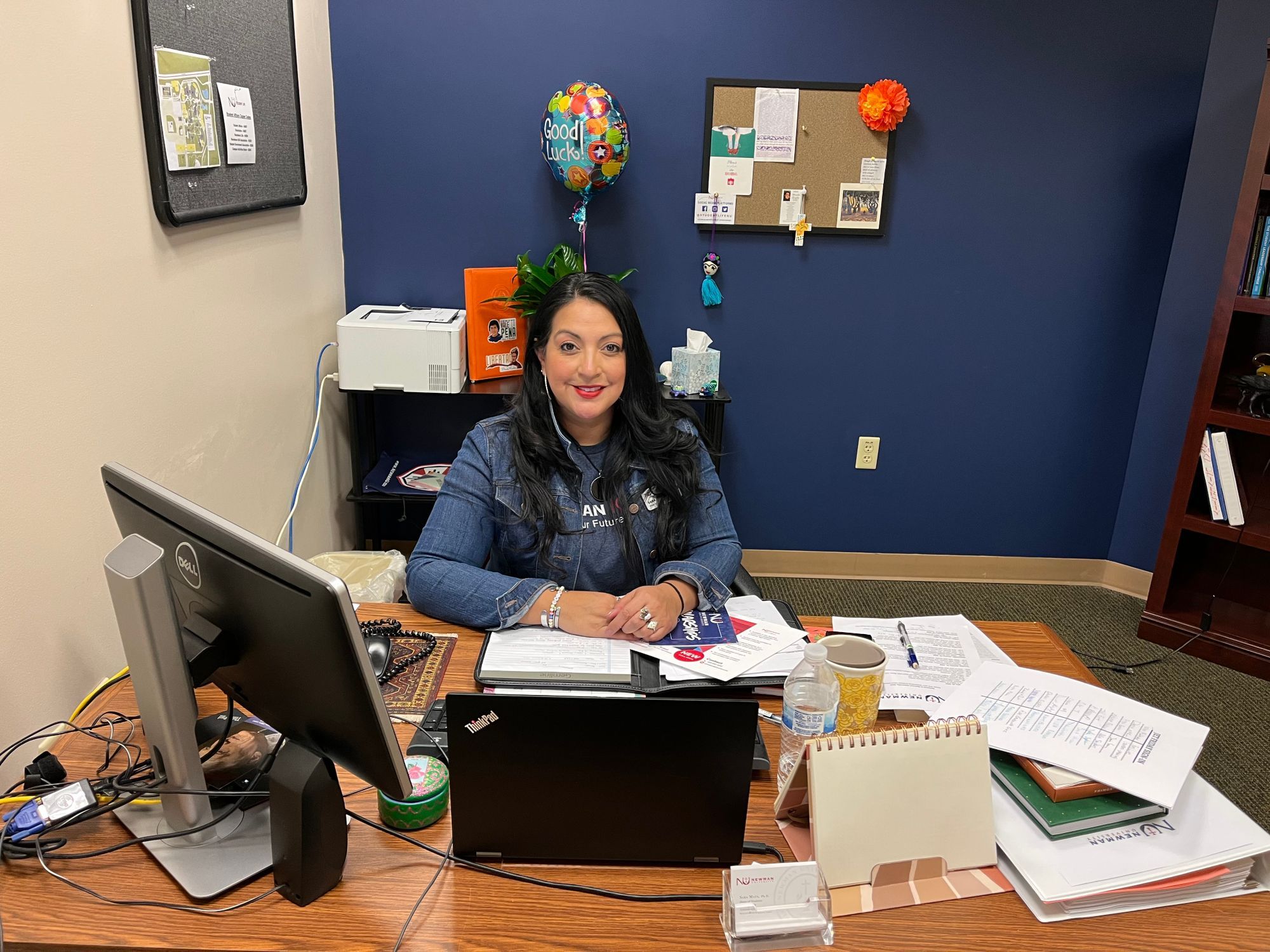 Dean of students Sara Mata will be leaving Newman at the end of this semester, less than a year after taking over the position.

An application for the position will be posted within the next few weeks, said Newman President Kathleen Jagger.

Newman is sad to see Mata go and appreciates all she has done for the students, Jagger said.

“I am very, very sorry that she is leaving because she’s done a lot of great things, provided great leadership for us in several areas on campus,” Jagger said.

The Vantage was not able to connect with Mata before press time.

Jagger said that before accepting applications for the position, Newman wants to revise the job description. Currently, the Dean of Students oversees Residence Life, the Multicultural Leadership Organization, and the Director of Student Activities.

She said that Newman also wants to take its time searching for the right person for the position and find one who will best fit students’ needs.

“With our new strategic plan, there’s two main focuses for everyone,” Jagger said. “One is university thriving and one is student success.”

She said that it is likely that an interim dean will be hired while Newman searches for the right candidate. Jagger estimated that a new dean of students would be selected by February or March.

Mata joined Newman in January 2022, replacing Christine Schneikert-Luebbe, who was chosen as the new vice president for Enrollment Management and Student Success.  Mata helps with several of the cultural groups on campus, including MCLO, and she also advises SGA.

She has a bachelor’s in sociology, a master’s in community counseling and sociology, and a doctorate in social foundations all from Oklahoma State University. Before coming to Newman, she worked for several years as a counselor.