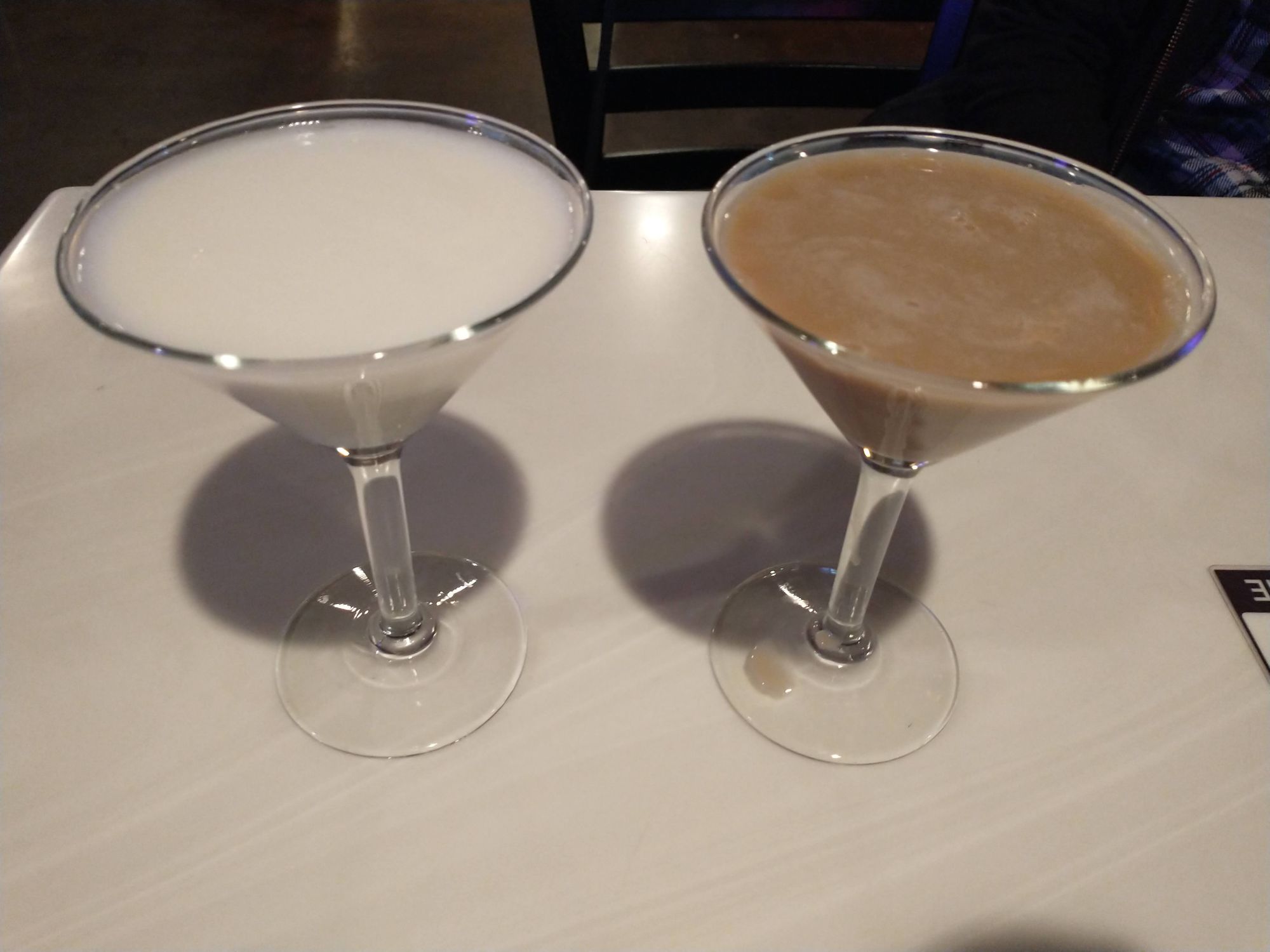 A taste of Mort’s: Is it time to hit this bar now?

With the end of COVID-19 for the US in sight and graduation just around the corner, I’m ready for guilt-free evenings where I can relax with a cigar and a good drink. But is now the time to start hitting the local bar? I visited Mort’s Martini and Cigar bar to find out.

Mort’s Martini and Cigar Bar at 923 E 1st St. North promises on its website that it will “…make you feel like a regular your first time in.” I wasn’t sure what “being a regular” would feel like, since the only places I’m a regular now is my desk, Newman, and work. Either way, I was excited and brought my girlfriend, Maddie, with me on a Friday night.

Google Maps told me the bar was “as busy as it gets,” but I was surprised to find that tables were spaced out on both the enclosed, temperature-controlled patio with fire pits at each table and also inside. It was far from the packed bar I was worried about.

After paying a $2 cover charge, we were sat at the only free table, a booth and chair combo that could seat eight before COVID, but we got the whole thing to ourselves. Ironically, hanging on the wall in front of me was a sign that read, “Here at Mort’s, we share tables.” The placard was surrounded by black-and-white photos of other bar-goers sporting Mort’s T-shirts and sharing tables and beers with maskless smiles.

As soon as we sat down, our server asked us if we knew what we wanted to order. Thinking this must be part of their treat-us-like-regulars schtick, Maddie and I asked for 10 minutes and a couple glasses of water. We hadn’t done our homework on what martinis we wanted to order.

Neither of us are frequent drinkers, so the more than 160 martini options, while all sounding delicious, were hard to navigate via the digital menu on our phones. Maddie had the additional challenge of trying to find drinks made with gluten-free spirits and ingredients since the menu didn’t clearly indicate GF drinks.

The server came over twice in those 10 minutes, asking us if we had decided. I realized after the second time that she was less interested in making us feel like regulars and just trying to recover the biggest table in her section, but it didn’t bug me all that much.

We settled on a couple of “dessert” martinis, mine a Coconut Cream Pie, Maddie’s a Peppermint Patty. Both were $7.50 apiece and came out minutes after ordering. They were delicious; mine tasted pretty close to a liquified version of the real deal with a splash of rum and Maddie’s like a thin mint. We both decided Maddie’s was better, but that’s probably because the mint covered up the taste of alcohol.

Our glasses were cleared before we had to ask, and we ordered another round of drinks, this time a Peanut Butter and Jelly and a basic Cosmopolitan. While we waited, our server brought us over a small tray of popcorn, complimentary (though we had to ask). We appreciated having something salty to munch on to cut the sweetness of the drinks.

Mort’s has other food options, but we had decided beforehand it’d be cheaper to eat at home. Their menu lists the most basic of salty bar food: chips and different dip options (Mort’s salsa, Artichoke Spinach Dip, Hummus) and a cheese platter.

Our drinks arrived, and unfortunately neither was a winner. The PB&J martini tasted like the grape flavoring you get when your snow cone melts. I would have preferred the snow cone. The Cosmo tasted like raspberry cough syrup at best.

I don’t think either drinks were worth the $7.50 I paid for them. They have more expensive martinis, up to $10.50, and I wonder how they compare to the marginally cheaper drinks. Mort’s also serves Scotch, whiskey, vodka, gin, a range of beers and wine, and some basic cigars, though prices are high.

Around 8 p.m., the canned pop/rock music cut out for a live band, the blues group RKO. I appreciated the atmospheric shift, especially as the crowd that had come to watch the March Madness game settled down or left. Mort’s usually has local artists come play a couple sets.

What Mort’s lacks in a wider range of food and cheap drinks, it makes up for with a huge selection of drink combinations and an upscale but casual atmosphere. If you stop by, I’d recommend sitting on the patio instead of taking an indoor booth, especially if you’re a cigar smoker. Still, I think half the charm of a place like Mort’s is you never know who you’re going to meet. But until COVID restrictions are lifted, you miss out on that charm.

As I look forward to life post-graduation, I think I’ll be satisfied with cigars and cheap beer around my chimenea.